The heart is a high energy-consuming organ. Its coenzyme Q10 content is the highest among all organs of the human body, and it is also the most sensitive to coenzyme Q10. The human body lacks Coenzyme Q10, and the heart is usually the first to be affected. Almost all the evidence shows that Coenzyme Q10 can improve myocardial function and improve cardiovascular disease. It has been reported that coenzyme Q10 can increase the survival of heart failure by 300%, and more than 75% of heart disease patients have significantly improved their condition after taking coenzyme Q10, which greatly reduces the risk of sudden death.

1. Protect the brain and nerve cells

In addition to the heart, the brain is the human body's most active organ with high energy requirements. Coenzyme Q10 can provide sufficient oxygen and energy for cardiomyocytes and brain cells to maintain healthy and active brain and nerve cells.

Coenzyme Q10 is a nutrient that activates cell respiration and promotes cell production of energy. 95% of the body's energy production is related to coenzyme Q10. The lack of coenzyme Q10 can cause body fatigue, and long-term severe deficiency can even cause heart failure. Supplement Coenzyme Q10, you will be pleasantly surprised to find that energy, physical strength and endurance are enhanced, and you no longer feel fatigued often. Coenzyme Q10 significantly enhances the vitality of the body and resists fatigue. It is the favorite of athletes and the best choice for patients with chronic fatigue syndrome to get rid of disease. 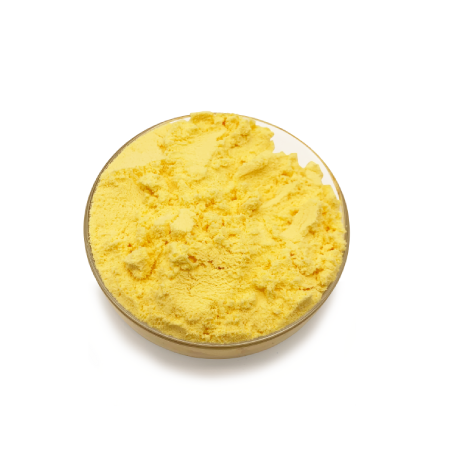 Studies have shown that when the level of coenzyme Q10 in the human body drops by 25%, it is particularly prone to cardiovascular and cerebrovascular diseases, degenerative diseases of the nervous system, diseases related to immune function, and cancer; the treatment and research of coenzyme Q10 in neurodegenerative diseases is Patients with stroke, Parkinson's disease, neurogenetic diseases, ataxia, Alzheimer's disease (senile dementia), progressive muscle atrophy, diabetic neuritis, etc. bring new hope. Coenzyme Q10 can minimize brain and nerve damage in these patients.

Coenzyme Q10 has a powerful antioxidant effect, scavenging free radicals, protecting cells from damage and protecting cell health. The aging of the skin and the increase of wrinkles are also related to the content of Q10. The lower the content, the more easily the skin ages and the more wrinkles on the face. Coenzyme Q10 can increase the concentration of hyaluronic acid in the skin, increase the water content of the skin, and have a good effect on improving dull complexion, reducing wrinkles, maintaining skin smooth, elastic and moisturizing, thereby enhancing the vitality of keratinocytes and reducing cell apoptosis To make you younger. Coenzyme Q10 is added to many advanced beauty and skin care products. Coenzyme Q10 also significantly benefits patients with dry skin.

Studies have found that people with gum disease generally have insufficient coenzyme Q10 in their gums. Coenzyme Q10 is very effective for gum disease. Some patients see their gum problems disappear completely in just eight weeks. No wonder there is also Coenzyme Q10 toothpaste on the market.

Drugs that are damaging to the liver can reduce the amount of coenzyme Q10 in the body. Cholesterol-lowering statins can lower coenzyme Q10 levels by as much as 40%, making heart problems worse. Experienced doctors will recommend that patients take coenzyme Q10 supplements while taking statins to reduce the side effects of statins, relieve myalgia and fatigue caused by the drugs, and protect the liver.

Coenzyme Q10 has a strong effect of scavenging free radicals, and its antioxidant capacity is 50 times that of vitamin E. It can enhance the ability of the immune system. The immune system is the best natural barrier against various diseases and protects the heart, liver, kidney and other important organs from the damage of bacteria and viruses.

According to data, recent studies have found that the levels of coenzyme Q10 in patients with breast cancer, prostate cancer, pancreatic cancer and colon cancer are lower than those in normal people. Research suggests that Coenzyme Q10, as a non-specific immune enhancer of the body, can play a good role in improving the body’s immunity, anti-inflammatory and anti-tumor. It also has a certain positive effect on viral myocarditis, viral hepatitis, chronic hepatitis, diabetic neuritis, chronic obstructive pneumonia, bronchitis, asthma, periodontitis, etc. It can alleviate some discomforts caused by radiotherapy and chemotherapy in cancer patients.

Coenzyme Q10 can protect pancreatic islet B cells, increase insulin secretion, and reduce blood sugar levels in diabetic patients. The international medical community has confirmed that oxidative stress is the main cause of diabetes and complications. Supplementing endogenous antioxidants such as coenzyme Q10 can delay the development of diabetes and its complications with significant effects.