| | |
Contact Us
Home / News / Introduction to the pharmacological action of mangiferin

Introduction to the pharmacological action of mangiferin

Brief introduction to the pharmacological effects of mangiferin 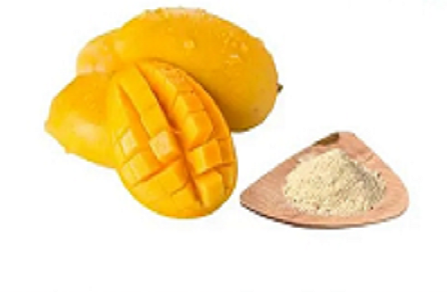 It has an in vitro anti-herpes simplex virus type I (HSV-I) effect, with a plaque reduction rate of 56.8%. Its antiviral effect is attributed to its ability to inhibit viral replication in cells.

It applies to the experimental animal model of fever caused by endotoxin and is positively correlated with the dose. The antipyretic effect has a good protective effect on heat damage.

The significant effect applies to the pain induced by acetic acid and the hot plate test. By comparing with naloxone hydrochloride, it is found that mangiferin-induced analgesia is not dependent on opioid receptors, and its analgesic effect on Chemicalbook is significant. The effect on peripheral nerves is slight.

Mangiferin has a significant inhibitory effect on Cryptosporidium parvum in young mice. The effect of mangiferin on mice infected with nematodes and Trichinella spiralis.

9. Hepatoprotective and choleretic effect on the liver

Mangiferin has the effect of stabilizing the lysosomal membrane, and has a direct inhibitory effect on the activity of lysosomal acid phosphatase. Mangiferin also has obvious choleretic effects.

10. Effects on the central nervous system

11. Effects on the respiratory system

a. It can significantly prolong the time of inducing asthma compared with the asthma group;

b. It can reduce the degree of asthma and the incidence of convulsions is significantly lower than that of the asthma group;