Many people don't know much about resveratrol. In fact, it has a lot of effects. If eaten correctly and reasonably, it can bring many benefits to the human body, such as lowering blood sugar and preventing cardiovascular diseases. But although resveratrol has many effects, it is not suitable for everyone to consume resveratrol, and there are many precautions when eating this kind of thing, so it is best for everyone to understand clearly before eating. So, what are the specific effects and contraindications of resveratrol? Let's take a look at the following introduction to these contents.

What are the effects of resveratrol supplement?

First of all, resveratrol helps lower blood sugar. Studies have found that after 30 days of continuous consumption of resveratrol to diabetic patients, the patient's blood sugar level and insulin concentration have a significant downward trend. 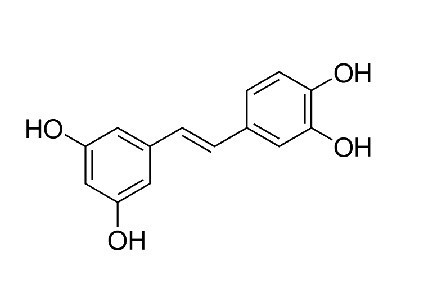 In addition, resveratrol has the effect of improving cognitive function. Animal experiments have confirmed that: taking resveratrol daily can reduce the polymerization of beta-amyloid and tau protein, protect nerves, and slow down cognition. Degeneration, prevention of Alzheimer's disease.

The above is an introduction to some of the functions of resveratrol. It also has many functions such as curing ulcerative colitis, prolonging lifespan, anti-cancer, improving menopausal problems, etc. If you are interested, you can find out for yourself. Below we will mainly introduce the contraindications of resveratrol.

First, try to avoid taking resveratrol on an empty stomach, preferably within one hour after a meal.

Second, resveratrol should not be consumed in large quantities, nor can it replace drugs.

Third, some special populations are not recommended to consume resveratrol, such as pregnant women. This is a more critical period, and any possible unfavorable factors should be actively avoided. There is also a reason for children. Children's liver and kidney functions are not perfect, so resveratrol is not suitable for eating.

Fifth, some animal studies have found that resveratrol has a slight estrogenic effect, so for safety reasons, patients with estrogen-sensitive diseases such as breast cancer and ovarian cancer should be used with caution.

Summary: Resveratrol has a variety of biological and pharmacological activities, so it can be used in many fields, such as medical beauty, cosmetics, food, etc., so in general, there are many benefits. If you need it, you can ask the doctor. Use under guidance, but some contraindications about resveratrol should be known in advance, and then try to avoid it, so as not to endanger your health.