Rhodiola contains a unique ingredient Salidroside, which can improve senile myocardial weakness, impotence, diabetes, tuberculosis, neurasthenia, etc.; Ryrosol can build cell antioxidant defenses in human cells, Can fight aging; also contains coumarin, tannins, flavonoids, polyphenols, so that Rhodiola can promote the body's metabolism, strengthen physical strength, nourish vitality, and reduce fatigue. Contains 18 kinds of amino acids, 7 kinds of vitamins, and 34 kinds of trace elements, which are often added to drinks that restore mental and physical strength. There are many products containing Rhodiola on the market, such as Rhodiola aerobic drinks or Rhodiola health drinks with taurine and comprehensive vitamins, which can help increase the oxygen content in the blood, relieve fatigue and increase physical strength. There are also rhodiola capsules with acanthopanax, American ginseng, catechins and other ingredients, which can help boost energy and endurance, promote metabolism and regulate harsh environments.

The effect of rhodiola rosavin

1. Rhodiola is used as an adaptogen

In 1968, pharmacologists of the former Soviet Union identified 5 plants from 189 medicinal plants and believed that they met the following 3 conditions of adaptogens: 1) harmless or only slightly affecting the normal physiological functions of the body; 2) its The effect is non-specific, that is, it can enhance the body's resistance to a wide range of physical, chemical and biological damage factors; 3) Regardless of the tendency of previous pathological changes, there is an effect that makes it normal . Ginseng has also been proven to have physiological regulation effects, so some people call Rhodiola as Tibetan ginseng. However, there are many types of ginseng, and not all people of physical fitness are suitable for taking various ginsengs. Rhodiola supplementation rarely has this aspect. 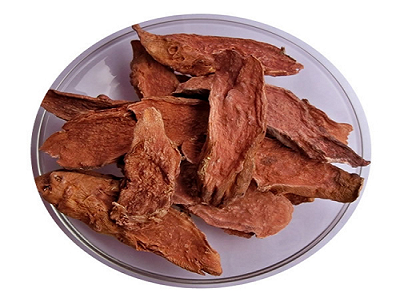 Modern medical clinical studies have confirmed that Rhodiola can improve human mobility and endurance. An experiment conducted on men aged 18-24 gave 150 mg of standard Rhodiola extract containing 1% salidroside before exercise. The results showed that compared with the control group who did not take rhodiola extract, the explosive power of exercise increased by 9%.

4. Promote the health of the reproductive system

The physiological regulation of Rhodiola can make the endocrine system imbalance or unbalanced state and adjust back to normal. A clinical study conducted on 40 young women with amenorrhea, 100 mg each time, twice a day Rhodiola standard extract, for 4-8 weeks, 25 women returned to their normal menstrual cycle, and 11 of these women later became pregnant and gave birth to children. In addition, there are small research data showing that 150-200 mg of Rhodiola rosea standard extract daily for three months is also helpful for improving male impotence and premature ejaculation.

It can increase blood gas saturation, improve the oxygen-carrying capacity of hemoglobin, increase oxygen supply, and reduce the body's overall oxygen consumption, thereby increasing the body's ability to withstand hypoxia and protecting the heart and brain. If it is used to prevent mountain sickness, it must be taken two weeks before departure to be effective.