Ribonucleic acid (RNA) has many functions in the human body

These important roles include catalyzing and initiating biological reactions, controlling gene expression, cell communication, and different types of protein synthesis. RNA is as important as DNA and protein, and this molecule is also regarded as one of the three essential molecules for life. Although it is possible to form life without relying on these three molecules, it has not been discovered so far.

Although they are similar in composition and function, RNA and DNA are significantly different in three aspects.

First, RNA is single-stranded, while DNA is a double helix structure; secondly, RNA contains ribose instead of deoxyribose; the third difference is that the complementary base of adenine lake of RNA is uracil instead of thymine. In terms of function, the role of RNA is more related to transcription and translation, while DNA is more like a template containing genetic information. 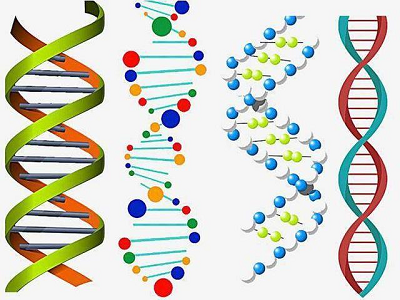 RNA is synthesized using DNA as a template molecule

This process is called transcription and is initiated by a catalyst molecule called RNA polymerase. In addition, RNA is treated as a more powerful version of DNA, allowing genetic material to dictate specific protein synthesis in the body. This specific protein synthesis controls different physical characteristics, forming each person's unique biological personality. The genetic information contained in these molecules is different for everyone.

Although similar, simple differences in RNA composition may change the role of RNA in the body by causing different reactions. RNA is composed of nucleotides, and adenine, guanine, uracil and cytosine are the four most common. The unique sequence of these nucleotides within the molecule is the force behind genetic variation. As mentioned earlier, DNA also has these nucleotides, but thymine is used instead of uracil.

There are also different forms of RNA present in the body

The most common alternative forms of this molecule are messenger ribonucleic acid (mRNA) and transport ribonucleic acid (tRNA). The role of RNA in these forms is to carry copies of protein synthesis instructions from DNA and to transport amino acids to appropriate places during the molecular manufacturing process. Although it is difficult to describe the broad role of this molecule in a short way, this article outlines the basic role of RNA in the world of life.